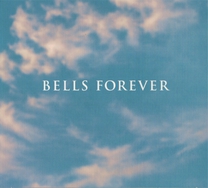 The album “Bells Forever” was recently released. “Bells forever” is an exceptional collection of music connected to bells; from handbells, piano, wine glasses, voice, cowbells and organ, to electronic music, chansons, horn, folk music, baroque and pop.
The CD also looks back to the Vlaardingen Carillon Weeks which Ben van der Linden organized for over 9 years. The CD’s exclusivity is not only a result of the high musical skill it presents but also lies in its issue as a limited edition.

After a radio interview with Ben van der Linden in the radio program Volgspot by the NCRV, The Netherlands Press Agency released a statement about this CD in the Netherlands and Belgium. But it would be a mistake to overlook the other musicians on this cd, for instance, Liszt Concourswinner Martyn van den Hoek and the fascinating Arsis Handbell Ensemble from Estonia.
Since its release, the CD has found its way to Dutch and Belgian national radio stations.

This CD can be obtained from the webshop of the Netherlands Carillon Centre.