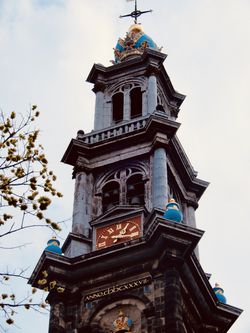 For a large number of Jewish holidays, such as the Jewish New Year (Rosh ha Shana), Great Day of Atonement (Yom Kipur), the Feast of Tabernacles (Sukkot) and Joy of the Law (Simchat Torah), composer and carillonneur Mathieu Daniël Polak has written some compositions and also arranged existing music for carillon.
All the compositions and arrangements have been included in a book with the title "Chag Sameach", which means "Happy Holidays" in Hebrew. The book comprises about 115 pages of music, a description of the Jewish holidays and biographies of all the original composers of the arrangements. A stipend was made available for this project by the Performing Arts Fund and the Music of many Cultures foundation (MomC). 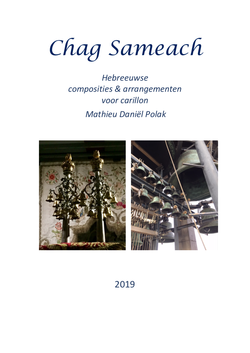 For his own compositions, Mathieu was looking for original music and traditional songs that matched the intention of the various holidays. From this analysis he tried to determine which elements were typical of the Jewish character of the music. He then used these characteristics in his own new composition.

On Tuesday 7th May, between 7 and 8 pm, Boudewijn Zwart will give a concert on the carillon of the Westertoren in Amsterdam to premiere a selection of items from the book. Mathieu himself will play in two of the quatre-mains performances.

On Saturday 28th September Henk Verhoef will close the "Chag Sameach" project with a concert on the carillon of the Petrustoren in Woerden. The book will then be officially launched.

On YouTube you can listen to Boudewijn Zwart playing a preview of the arrangement of "Ballo di Mantova", on which the national anthem of Israel is based: 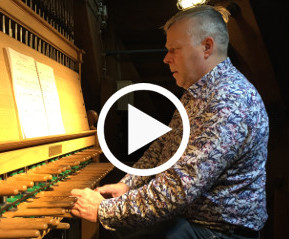