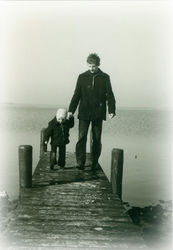 “The carilloneur who changed into a bell” is a music and theatre performance, depicting the life and death of the carilloneur Sjoerd Tamminga and his rebirth in the form of a bell.
The music is by Jorrit Tamminga, composer and initiator of the project and the son of Sjoerd Tamminga, the main character of the piece. Katinka Polderman wrote the texts, that she also speaks and sings. Polderman is a well known comedian from the province of Zeeland, but these songs are in a serious mode. One of her great-uncles was a carilloneur and, like Tamminga himself, city carilloneur of Goes.

Sjoerd Tamminga, born in 1947, developed his love for the carillon at an early age, when he made a basic carillon using milk bottles and rubber. In later life he would become a much loved city carilloneur. One of the highlights in his career was his performing ‘Perfect Day’ for Lou Reed in New York. Unfortunately his career was ended by an untimely, tragic death. As a commemoration a large bell is founded and added to the instrument he played passionately for many years. From now to eternity, the reincarnation of the carilloneur will sing from the tower.

The music in the performance is inspired by Tamminga’s favorite repertoire and the sounds he cherished, such as those of the sea. Erik Bosgraaf (recorder), Izhar Elias (guitar) and Bart de Vrees (percussion) use live music and electronic sounds to tell the miraculous story of the bell. The accompanying film fragments are by Paul and Menno de Nooijer. The premiere was on 7 September in Goes, after which the performance was presented at the Film Festival Utrecht.

For an overview of the playing dates see: www.janemuziektheater.nl 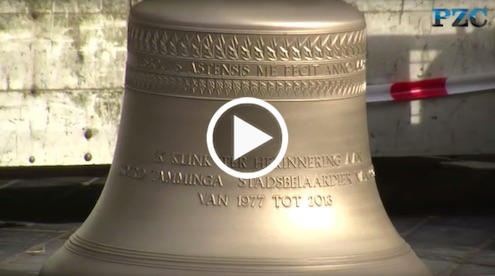